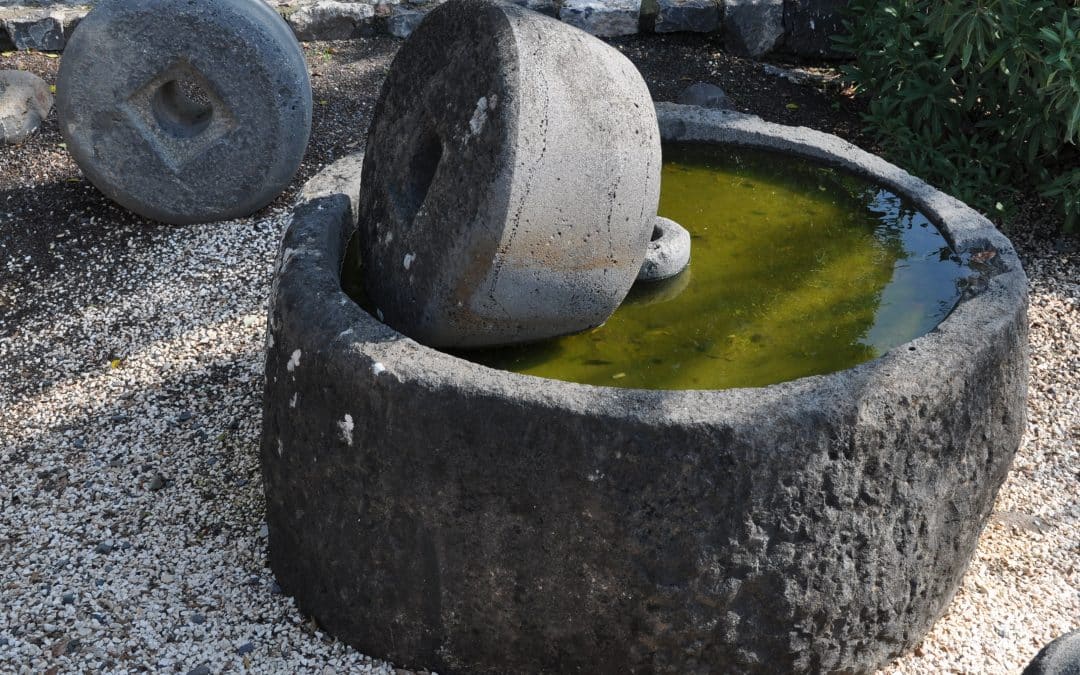 For my Lenten blog posts this year, I’m going to focus on some of what I saw and learned during our travels to the Holy Land in January, and the lessons I’ve learned and connections I’ve made as I’ve pondered. My own Lenten discipline this year is to read a chapter of a gospel each day and take the time to reflect on and write about what arises. It’s my own way of cultivating my roots, as well as making a deeper connection with the holy land I visited and the events that happened there.

I have started with the Gospel of Mark, which scholars say was the first to be written. Mark 2:1 particularly caught my attention because it says Jesus returned to Capernaum and “it was reported that he was at home.” It caught my attention because so often I think of Jesus as “Jesus of Nazareth.” That’s the way I’ve been taught to think of him. If I think further, ponder more deeply, I might think about his connection with Bethlehem, and the lineage of David. But I honestly had not thought of him as “Jesus of Capernaum”…until now.

It turns out that Capernaum is, indeed, the hometown Jesus chose for his ministry. Matthew makes this clear in 4:12–13, where it says that Jesus “left Nazareth and made his home in Capernaum” after John was arrested—perhaps the point when Jesus realized that it was time for him to take over where his cousin left off. When we traveled in Galilee, we were taught that Capernaum is part of the Gospel Triangle: the three towns of Capernaum, Chorzin, and Bethsaida, all clustered on or near the northern end of the Sea of Galilee. This was Jesus’ home territory.

One thing that was difficult to miss when we visited Capernaum were these millstones. Galilee is a rocky place with a volcanic past. Its fertile fields produced abundant grain, which would need to be processed. It’s not surprising, therefore, that Capernaum became a millstone manufacturing town. The stones, and the need, were both right there. In addition to fishing, Capernaum was known for its millstones.

Which is also why it would be perfectly natural for Jesus to come up with this saying (Matthew 18:6): “If any of you put a stumbling block before one of these little ones who believe in me, it would be better for you if a great millstone were fastened around your neck and you were drowned in the depth of the sea.” I can just imagine him, pointing toward a nearby millstone manufacturing site, then out toward the Sea of Galilee.

Context illuminates and enriches our understanding—in large and small ways.

I suppose calling him Jesus of Nazareth is not unlike calling me “Shirin of Albuquerque,” since that’s where I was raised. But I live in Arizona and much of my ministry years were spent in Boston. I’ve returned to and taught in Albuquerque—it is part of who I am, but it is not the whole. And if I were to come up with a parallel saying today, it might be something like this: “If any of you put a stumbling block before one of these little ones who believe in me, it would be better for you if you were taken far out into the Sonoran Desert in June and abandoned without food, water, or compass.”

So my questions for you today are these: Who are you—in terms of home territory? What cities or towns are woven into the fabric of your life? How do they inform your understanding, your stories, your own sayings? How would you contextualize Matthew 18:6 in a way that your local hearers would viscerally understand?