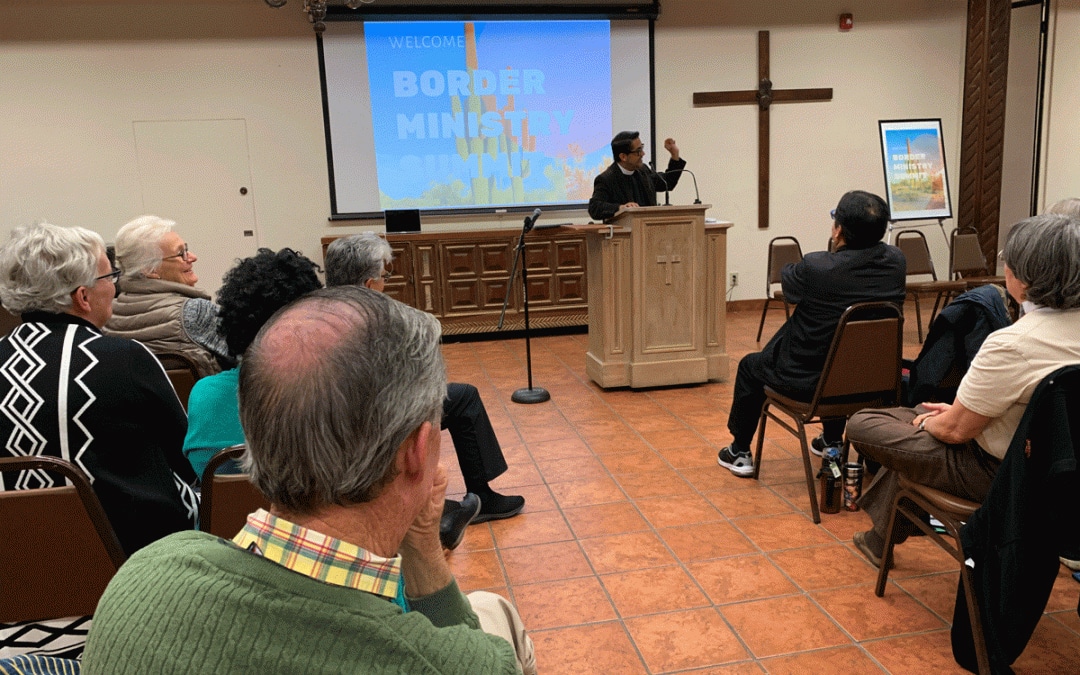 The week before Thanksgiving, St. Philip’s Church hosted the second annual Border Ministry Summit. My role was to be available as a spiritual director, and the Holy Spirit bore witness to some interesting and wide-ranging conversations about a variety of borders. I also heard some engaging and thought-provoking presentations, especially the final day, which I realized were a great invitation to further reflection here. So, as we remember Jesus’ incarnation and await Christ’s further transformation of our world, I will reflect on some of what I heard and how it connects with this Advent season.

I will begin with some reflections on border crossings in the Bible. Fr. Benjamin Thomas gave an excellent presentation on Borders of the Bible, deliberately using modern terminology to describe familiar biblical stories. In his words, Joseph was trafficked when his brothers sold him into slavery and his family were economic refugees when they went to Egypt during the famine. Moses was given up for adoption by his family so he would survive, and raised by foreigners without connection to his cultural identity or language. Ruth followed Naomi to Israel out of economic necessity. Esther was assimilated into Persian culture—at her father’s insistence—so that she would survive and gain power to help her people.

Fr. Thomas made some statements about borders (they’re part of our cultural identity, necessary for civil society, and a universal human experience), including one with which I would disagree. He believes that borders are established by God. I don’t. Instead, I see God’s view of borders as equivalent to God’s view of kingship. God didn’t want Israel to have kings, but Israel wanted to have a king like other nations. God declared to Samuel that this was a rejection of God’s sovereignty over the people. God accepted that rejection, however, and chose instead to work within the system humans created.

The same is true with borders. If we look at the world God created, there are natural borders (between land and sea, mountains and fields), but no civic borders. We created those, when we rejected God’s reign over this earth as a whole. Therefore, God’s people, when following God’s call, are constantly crossing borders—because God doesn’t see those borders. Even Jesus, in his youngest days, crossed borders with his parents, into Egypt and back out again, becoming a political refugee and immigrant before he ever learned to talk or walk.

Border crossings are inevitable in the Bible, so why should they be any less for us? As Christians, this entire world is our country, and every person on it is our sister or brother.

How are you called by God to cross borders?