The Relative Relevance of Place in the Spiritual Life 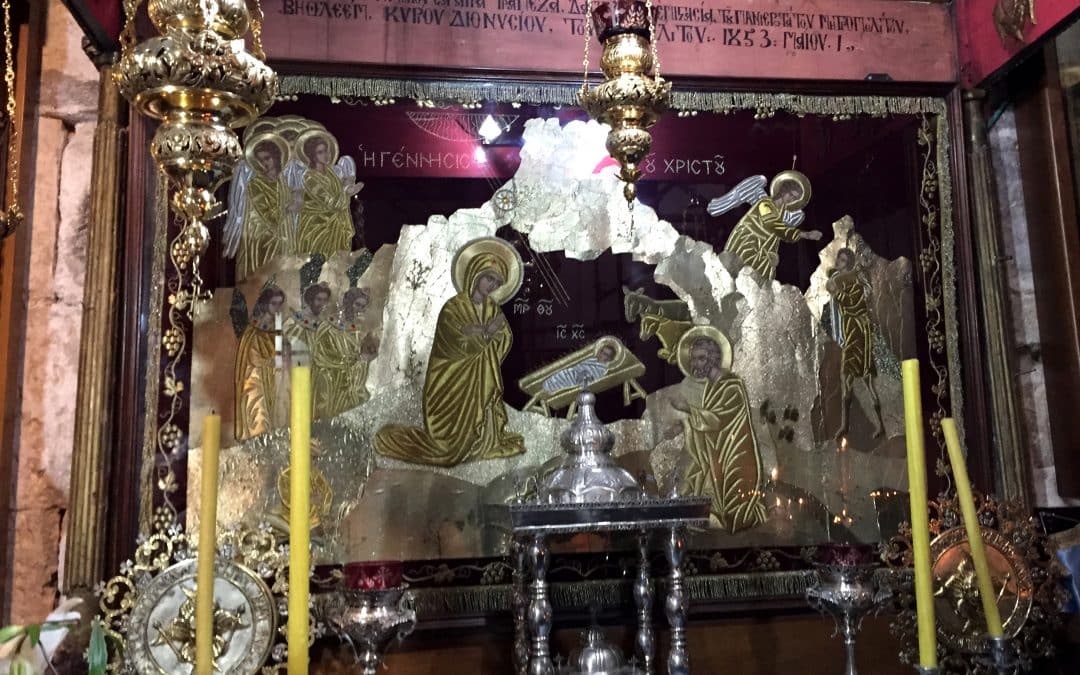 I had not realized this, but I’m still coming to terms, in my heart, with the disappointment that we will not be going to Israel in January. (Given the unrest that is developing there as a result of Trump’s decision to move the US Embassy, this may turn out to be for the best—but still, I grieve.)

I recently read Psalm 122—with “new eyes.” I realized that it could well have been written by a pilgrim who is coming up to Jerusalem for the first time. He—or she!—is excited at the prospect of coming to Jerusalem, and seems to be composing this psalm upon arrival: “Now our feet are finally standing within your gates!” Imagine the pilgrim group, looking up toward the temple, built on the top of the hill. First impressions abound: Jerusalem is “built as a city with compact unity.” Perhaps this really means, “This place isn’t as big as legend has made it—but it sure is well-built!” Like a tourist, the psalmist talks about seeing the judgment seats and watching the tribes going to and fro on the roads—just as Isaiah prophesied.

So what about those for whom the trip to Jerusalem, and Israel, is not possible? I’m not the only one who is disappointed that our trip did not come together, and those others who planned to join us haven’t been there before. I have memories—including images like this, taken when we visited the Church of the Nativity on the day the Armenians celebrate Christmas.On this Christmas Eve, there’s a part of me that would love to be there, in the midst of the celebration—but I am not. 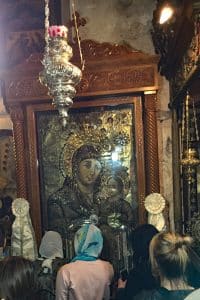 In rather stark contrast to the need to “be there” is the story of Jesus healing the centurion’s servant. It’s a teaching moment for Jesus, rather than by Jesus. All this “Jerusalem worship” seems to have infused into the Jews the idea that only Jerusalem is holy, and miracles can only take place through physical proximity or touch, as Jesus intends to do in order to heal the centurion’s servant. But the centurion has a different perspective. He believes that authority and agency transcend physicality. He recognizes that God’s presence is everywhere, and believes that Jesus can authorize healing “long distance,” without the need for touch.

I wonder: Might this be the moment when the human Jesus first fully understood the role of the Holy Spirit?

As we celebrate the birth of Jesus in our midst, then and now, let’s remember that, because of the gift of the Holy Spirit, it does not matter where we are. Christ in God has the authority to reach out, touch, and heal us, wherever we are—to bring love to every corner of this tattered, shattered world, no matter how dark the time.

May you have a Blessed Christmas!