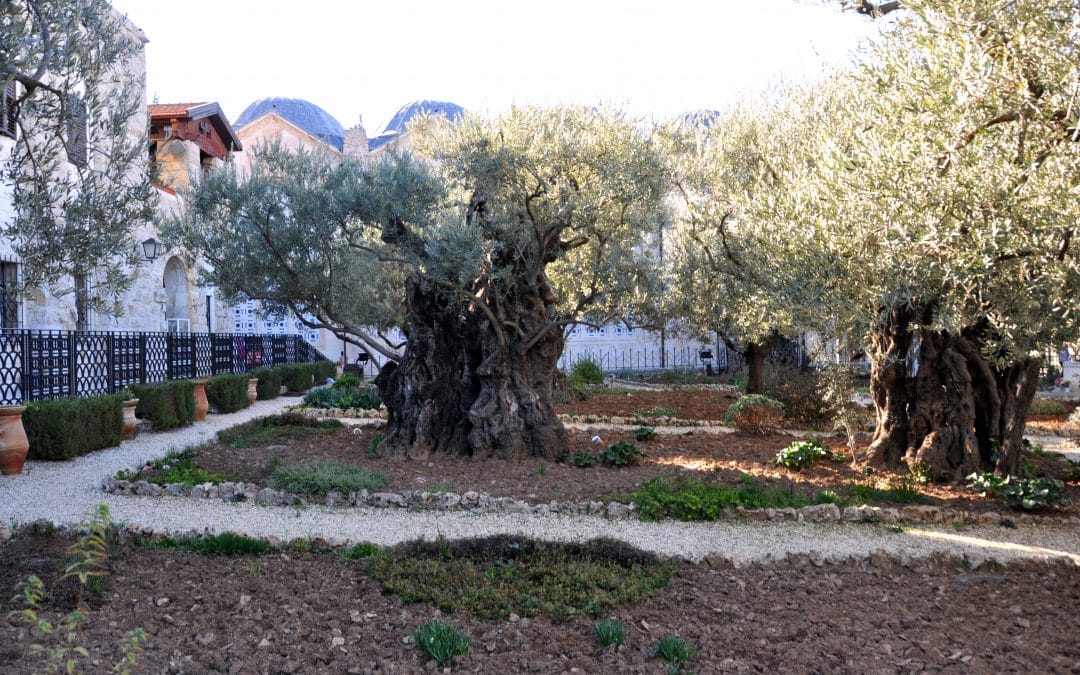 During Holy Week this year, Henry and I took a turn holding vigil at church after the Maundy Thursday service. This is a tradition of taking turns “staying awake” overnight with Jesus, whose disciples fell asleep while he was praying in the Garden of Gethsemane (Mark 14:32–41).

I found myself thinking about the “big three” disciples who fell asleep when Jesus asked them to keep watch: Peter, John, and James. Then I wondered how the other disciples felt, having been left further behind in the garden. What were they doing? Did they fall asleep? Did they feel left out when Jesus took those three and went further into the garden—or were they happy to just be followers, hanging out in an olive garden on a warm spring night and talking about all the events of the past few days?

Andrew in particular came to mind, in part because of two churches named after St. Andrew that have factored into my life. There is one here in Tucson, where I was baptized at about nine months old, and there is one in Albuquerque, where I grew up and was confirmed. So I looked up references to Andrew on my cell phone (yes, I pulled out my cell phone while I was in church, but that’s where the handiest Bible concordance was to be found!). I found thirteen results. These include the usual ones about the listing of the twelve apostles, and that Andrew was Peter’s brother. Mark 3 says Andrew shared a home with Peter and his mother-in-law. Mark 13 has the “big four” (Peter, James, John, and Andrew) asking Jesus privately about when the Temple will be destroyed.

But the Gospel of John has more. John says that Andrew was one of two disciples of John the Baptist, who heard him say “That’s the man!” about Jesus and followed him. Andrew then went to find his brother, telling him they’d found the Messiah. Thus scripture makes clear that Andrew was already searching, seeking, repenting, presumably already baptized, before Jesus’ ministry even started. Andrew was already on the spiritual journey.

Andrew is also the one to point out that there are fish and bread available when Jesus asks Philip how the five thousand will be fed. Andrew notices, he speaks up, he finds a starting place. He forges a path for transformation.

A pivotal scripture passage in my life is John 12:20–22. Some Greeks come to Philip and say, “Sir, we wish to see Jesus.” I encountered that phrase on a pulpit plaque in a church we were visiting when I was fourteen years old, and that idea of pointing the way to Jesus has become emblematic of my vocation. But as I re-read that scripture on Maundy Thursday, I found myself noticing the fact that Philip doesn’t immediately go and tell Jesus. Instead, he goes first to Andrew.

The Greek Orthodox church names Andrew Prōtoklētos (Πρωτόκλητος), or the First-called—which makes sense if he was initially a follower of John the Baptist. So, if he was already—perhaps always—a seeker, did it bother him that Jesus didn’t include him in the “big three” that night in Gethsemane, or did he recognize that being singled out was not that important? Perhaps he wasn’t looking for a place beside Jesus “in his glory,” like James and John were. Perhaps being a follower was enough.

I’m still pondering Andrew. I think there’s more to learn here, from prayerful pondering on this disciple of Jesus. I invite you to ponder with me. Choose Andrew, or another of the disciples, or one the women who also followed Jesus. Who is speaking to you in this Eastertide, inviting you to dig more deeply into his or her experience with Jesus?