Preserving Dependence on the Light 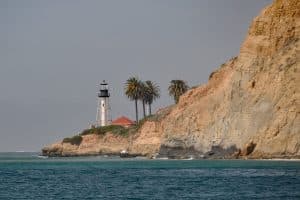 Did you know that the US Government has been auctioning off lighthouses? A friend recently mentioned this to me and I did a bit of research. Evidently, over a hundred historic lighthouses are now considered “excess government real estate assets” and are being sold to raise funds for preserving and maintaining lighthouses that are still active.

It’s intriguing to consider owning such an iconic piece of American history, but I’m more intrigued by the idea that we no longer need so many of these lighthouses. It would seem that we no longer need the light; we’ve become dependent instead on our own devices—literally, in the case of GPS and other modern marvels.

So what does that have to say to us, spiritually, as we begin another year? We’ve just celebrated Jesus’ birth—the Light of the World has once again come into the world (as if Christ ever left!). A new year begins, and each day is a bit longer here in the northern hemisphere, meaning that there is literally more light each day.

But are we paying attention to that Light, or are we fixated instead upon our own devices—be they the devices through which you’re reading this blog, or the devices that keep us safely cocooned for the winter, or the mental devices that allow us to avoid interacting with those who are different?

What would it mean for you to stop relying on your own devices—literally and figuratively—in 2017? How are you called to turn again toward the Light? What New Year’s resolution would you like to make today about embracing the Light, living in—and shining through—the Light of the World?