Tapping into the Really Long View 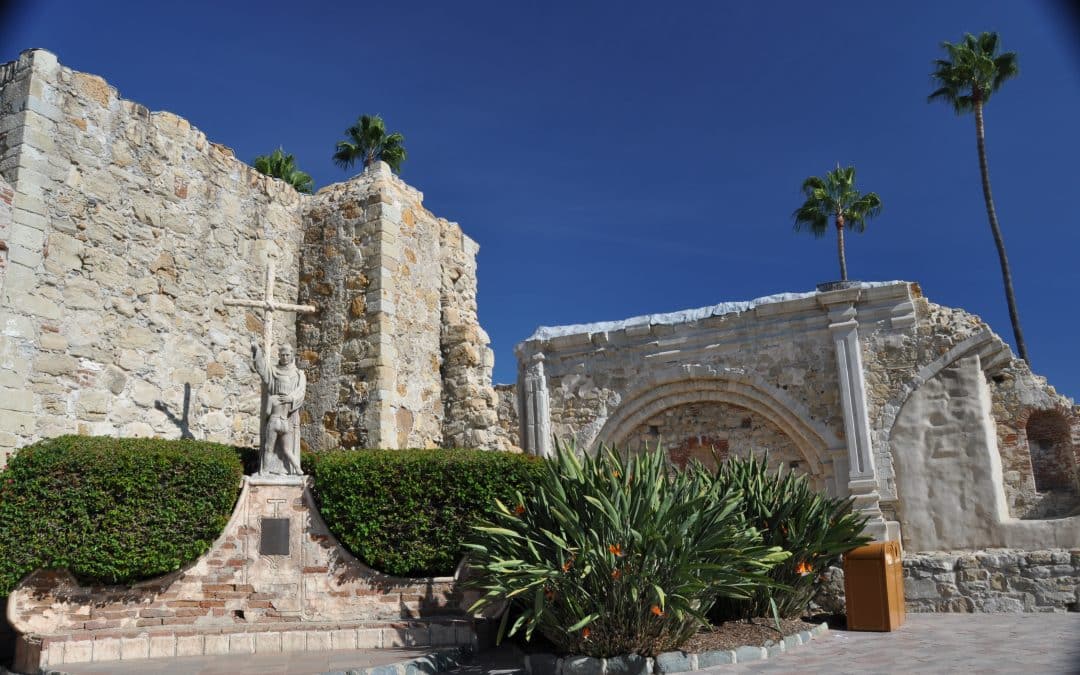 This past week has been full of upheaval. The 2016 American presidential election has provided more than enough drama, trauma, and surprises—and I am ready for a break. I freely admit to crying in Henry’s arms the morning after election day, as my body and my fears wrestled with what my brain was only beginning to comprehend. My heart—and prayers—go out to all who have been abused by men in positions of power, whatever forms that abuse may have taken. My heart and prayers go out to those who fear their nightmares are now likely to come true, including a young woman I know who is able to fight cancer only because her medical bills are being paid through the Affordable Care Act, aka Obamacare—one of the first items Trump declared during the campaign he would immediately repeal upon taking power (and yes, I use that word intentionally) as President.

I’ve been reading and reflecting upon the responses of my friends and colleagues to the election and ensuing events. There’s a lot of grief, of prayer, of commitment to act for change and encouragement for others to do the same. There’s a lot of discussion about the importance of responding to hate with love. There are a lot of people marching, while others are signing petitions to encourage the Electoral College to vote in line with the popular vote, despite political pressure or financial penalties.

I’ve also been pondering the frustration and anger behind the votes cast in this election. For a variety of reasons, voters chose candidates who clearly promised change for a broken political system—and yes, I believe that it is broken. Everything from egocentrism to racism and misogyny have been on full display, and I am excusing none of that. Instead, I am doing my best to sit with all of it and not jump too easily to conclusions. This is a complex country with a vast array of problems in need of attention. It is difficult to hold it all with love, rather than react out of fear, anger, and/or an us-vs-them mentality—but I believe we must do that if we are ever to find common ground. 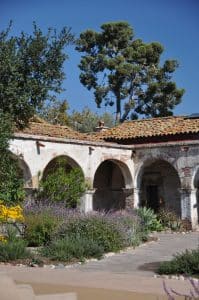 In the midst of all this, Henry and I were on vacation in Southern California. After my very necessary tears, we got in our car and headed south along the coast. We stopped to visit one of the early Spanish missions, San Juan Capistrano. Here we heard (again) the story of Spain’s expansion of territorial boundaries through the establishment of mission outposts and conversion of native peoples to Christianity. We wandered through ruined and rebuilt church buildings, sat in pleasant courtyards, and admired stunning desert plantings that have survived for decades on this sacred property.

As I pondered, took photos, basked in the warm day, and enjoyed the antics of visiting school children, I realized that these ancient Spanish missions provide a possible object lesson in taking a very long view on the upheaval caused by the election. The mission of San Juan Capistrano was founded by Spanish priests and their military protectors in 1775, but just a few short weeks afterward, the entire Spanish party retreated to San Diego because of rumors of revolt. It wasn’t until a year later that they returned to try again—this time led by Fr. Junipero Serra, who was recently canonized as a saint for his work in establishing this and other California missions.

For generations, our culture has glorified these missions, focusing on European colonization as bringing civilization to a savage wasteland. But Serra did not act in a vacuum, and others are now speaking out with a different perspective on his actions. There are faithful Christians who do not see Serra as a saint for bringing Christianity to California’s native peoples, but rather as a co-conspirator in the natives’ oppression by the Spanish empire. And the long view of history would seem to bear that out; rather than providing generations of peace and stability, the missional experiment actually lasted less than sixty years before being abandoned.

This is what resonates for me as I turn my attention back to this week’s election results. It is impossible to know at this point how Donald Trump will ultimately affect the United States of America. Certainly his rhetoric has been hateful and divisive, but we do not know the long-term effects of his presidency. Voting records show that he’s changed political parties at least five times, and he thrives on being unpredictable. There is no way to know how his leadership and its consequences will be viewed three decades from now, much less three hundred years.

The buildings of San Juan Capistrano have withstood some incredible tests of time. While some parts of the building complex were formed of adobe and literally melted back into the earth from which they came, the shell of the stone church remains as a silent testament to the big-picture, long view intentions of Serra and his colleagues—without giving voice to the inevitable political squabbles that most likely defined their daily lives in the closing decades of the eighteenth century. Christianity has withstood some terribly destructive and oppressive seasons in its life…and the USA will as well.

I freely admit that this big-picture view does not help my friend fund her cancer treatment if Trump repeals Obamacare. Every action has ripple effects that extend far beyond what any leader can possibly imagine. The same was true for Serra and his colleagues. Native people were eventually driven to the missions, not out of a desire for Christianity, but out of hunger, as the Spanish settlers and their livestock unwittingly destroyed the delicate ecosystem that had sustained the natives for generations. There is no way to know the consequences of this election; we are only beginning to live into this journey.

On a personal level, I also do not yet have a sense of how I am called to respond—but I do know that I need to do something. Prayers are not enough—although they are certainly critical. I need to love my neighbor in concrete, practical ways, but I am not yet sure what those will look like. Instead, in this moment, I will watch and listen, learn and support, and pray for everyone who is in pain as a result of this changing tide. I will take the long view and trust God that there is a bigger picture unfolding, in which I will play a small, and probably nameless, part. I’m not here for glory—and certainly not for a presidential title or eventual sainthood. I’m here to embody love to the best of my ability, one day, one choice at a time. How that might reflect on me, or my country, three hundred years from now is out of my hands.

I invite you to join me in living out this paradox: both taking the long view and also seeking how you are called to respond, right here, right now. Who needs your prayer, your support, your striving to make a difference in these tumultuous times?