Recently I’ve found myself thinking about the movement of peoples—in both ancient and modern times. No matter our heritage, our earliest ancestors were nomads who moved about in search of food. Whether Anglo-Saxon or Jew or Arab, Native American or African, there was a time before villages and towns, a time when we were all hunters and gatherers—all pilgrims on a journey.

And then, one group at a time, most of our ancestors learned how to cultivate grains, domesticate animals, and settle down in one habitable place. Not everyone settled; there are still nomadic peoples around the world, from Bedouins in the desert to Sami in the arctic. These folks are mostly “pastoralists,” leading herds about in their search for pasture. But most of the rest of us have learned to call a certain place “home.” The idea that everyone should have a home is a primary driver of culture and society; being “homeless” is considered one of the worst things that can happen to a human being—even if some of those who live on the streets are at peace with the choices they’ve made.

We also have developed broader cultural norms about home. If our family comes from a certain region or state, we tend to think of that as home. I edited a book last year about a woman whose grief journey around her aunt’s death led her to reconnect with her homeland and culture (the book is still forthcoming, but you can read her reflections about her regional homeland here). With Thanksgiving just a few weeks away (and recently celebrated by our Canadian neighbors), there are lots of people who will be talking about going “home for the holidays,” or wishing that they could.

Perhaps it is the upcoming holiday season that has brought the concept of home to my mind. But it could also be the books I’ve been reading in preparation for my upcoming time in Israel. For generations, at the end of every Passover Seder, Jewish people scattered around the world would say: “Next year in Jerusalem!” I hear in that phrase a clear religious and cultural way of stating that Jerusalem is home. (Evidently those who now live in Israel say, “Next year in Jerusalem, the rebuilt!” referencing the Temple.) 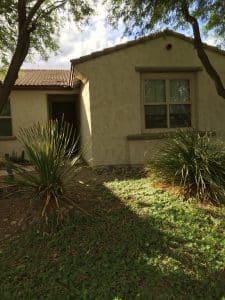 Some Christians, by contrast, say that we are to think of no place on earth as our home, because our only home is in heaven. Other Christians say that Jesus clearly meant the Realm of God to be realized—indeed, incarnated, through our efforts—right here on earth, right now, right where we are. This puts a very different spin on the idea of home. The cultural phrase, “Home is where the heart is,” would clearly seem to speak to this idea.

As I finish my first year in this house, I am feeling more “at home” here, but I am not yet feeling any deep emotional connection with it. Perhaps that will come. I am grateful, however, for the many homes I have inhabited over the course of my life, and for the deeper understanding that God is present in any, and every, place that I might call home.

What does the concept of home mean for you? What makes someplace home? Is “home” spiritual, cultural, both, something else?

Your posts are always thought provoking. Do you have any idea why you don’t feel quite at home in your new place in Tucson?  When are you going to Israel, Spring or Summer?

I can think of a handful of reasons, Diana, ranging from the speed of the move to my roots in New Mexico. I’m glad my thoughts provoke yours! As to Israel, it will be in winter…. Thank you for your faithful reading!

Written 10 years ago about home:

Home of the Heart

What makes a place
A heart’s true home?
One wonders.

For me,
It is where
Every cell
is alive
Not just a few;

And the music I hear
Is being played on an instrument
Created
before time began.

This is lovely! Thank you for sharing it! Beheld…I like that….

As fate would have it, today’s read (for me) in “When Women Were Birds” by Terry Tempest Williams she talks about her journey making desert home. p. 93

Ahhh, fate…otherwise known as the Spirit, I would bet! I don’t know that book; I’ll have to investigate it when my own book pile gets a bit lower…thank you!