Those of you who have been with me for a while know that I gave up sugar last Lent. This was a huge step for me to take at the time. I knew that I treated sugar the way that others treat alcohol and drugs: I was addicted. Prayer and some nudges from God enabled me to let go of sugar last Lent.

It was easier than I had expected. In fact, when Easter arrived and I decided to give sugar a try again, I had a mini-blackout. You see, 40 weekdays (Sundays are never part of Lent, because each Sunday celebrates Jesus’ resurrection) were enough to establish a “new normal” for my body; it no longer knew how to handle all that sugar. Sugary foods also didn’t taste as good to me as they used to.

In this way, what started as a Lenten discipline has become the way I live my life. This does not mean that no processed sugar has crossed my lips over the last year, but I still avoid it on principle, succeed 99% of the time, and feel better as a result. I also learned that I hadn’t been feeding myself enough calories, and have had to change my eating habits to compensate. 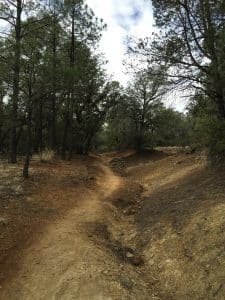 I can honestly say that last year’s Lent became my lifestyle. What started as a desperate cry to God for help in addressing an addiction has become an established way of life. As I contemplated how I wanted to observe Lent this year, it was that “Lent becoming lifestyle” idea that drew me to take on daily prayer for a couple of particular groups of people. I would like for that discipline to become so integrated into who I am and how I live that, long after Easter, this year’s discipline will also become an established part of me.

What is the most meaningful Lenten discipline in which you have engaged? Did it last beyond Easter? Did it change your life?

How are you observing Lent this year? If you haven’t chosen something, it’s not too late to start. Take some time to prayerfully consider where God might be inviting you to let go of, or take on, something in your life. How would doing so bring you closer to God?