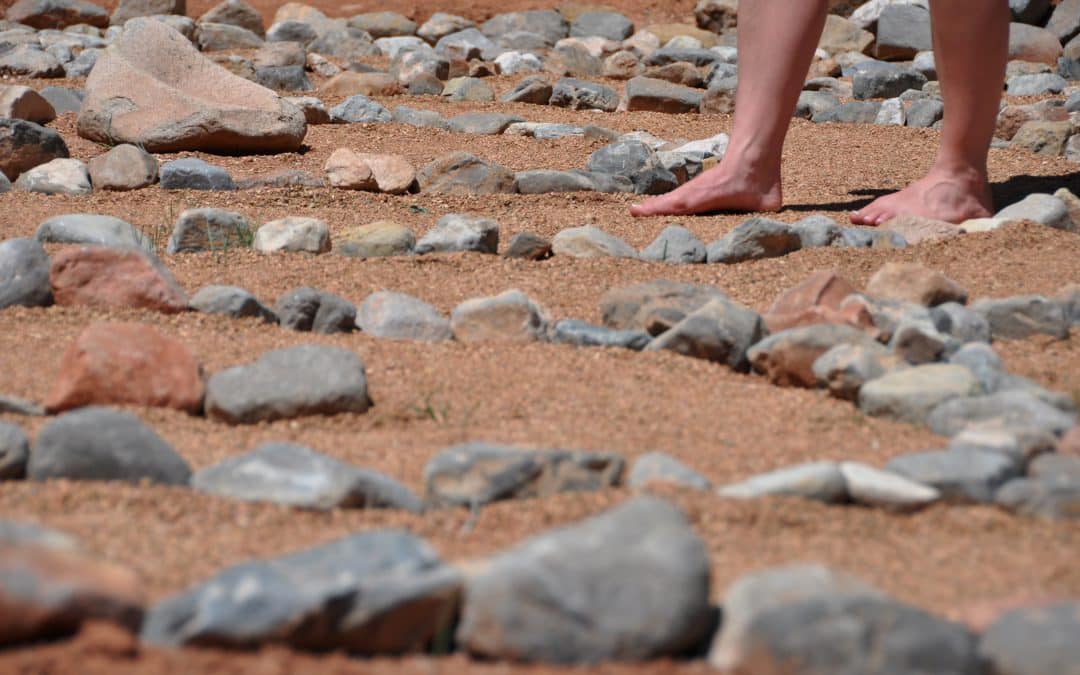 Much of this past week has been devoted to my edit of the book about the abbess in seventeenth-century France. One morning I found myself pondering a major struggle in her life, and how it connects with my own developing agenda for 2015.

This abbess was a reformer, in an age when many convents and monasteries were little different from the world outside their walls. She sought to follow the ancient Benedictine rule that had mostly been forgotten or ignored in her day. She made quite an impact during her lifetime, corresponding with the Queen of Poland and transforming the lives of dozens of nuns.

Despite this, however, she longed for most of her life to throw off the mantle of abbess and just be a simple nun. She felt that she would be happier, as well as more able to follow Christ, if she was leading a life more filled with simplicity and humility. She even petitioned the Pope for permission to join a more contemplative order, but he never responded to her request.

I have been in a place of waiting that is both like, and very unlike, that of this abbess. I had been waiting to hear, for a few weeks, whether I had received a major editing job that would determine the shape of my work schedule, and income level, for the months ahead. I also had grand plans to use some of those funds for finally putting together a website, so I can share more spiritual offerings, beginning with Advent at the end of this year.

Then, as I sat in prayer, I realized that I needed to be careful that my agenda did not overtake God’s agenda for my year. The abbess I’ve been reading about is not as well-known as others (such as Hildegard of Bingen). She did not have as much of an impact on the church, and Christians today, as others—but she certainly had more of an impact in her time than she would have if she had retreated from leadership. Her biographer believes that God was behind the Pope’s silence, because God needed the abbess working in a leadership role.

This led me to wonder: What is enough for me? What is my leadership role? I cannot see myself having as much of an impact as Hildegard of Bingen or Thomas Merton (who was born 100 years ago yesterday, and has certainly impacted millions through his writings). Is it enough that I write this blog, lead Embodied Prayer sessions in my local community, and offer a few local retreats each year? Am I seeking a role beyond my calling—and my energy level?—if I expand my presence on the web, and then have to work to keep it up?

Or am I, perhaps like this abbess, running away from my calling if I seek to hide in the religious shadows as a simple Christian? Even if I never have the stature of other contemporary spiritual leaders, is my work not of value? Somehow I doubt that God keeps count of how many lives we’ve impacted, but instead about our willingness to be available to whomever God puts in our path.

What is your leadership role? Have you ever struggled with these questions? Did you ever come to a conclusion, or did you find yourself just seeking to live in the best way possible, one day at a time?

(By the way, I didn’t get the job. But I have been given some more invitations to discernment about other possibilities this week, and continue to step forward, one day at a time.)

Oh, Shirin! Any chance we could have a phone conversation about this incredibly resonant topic. .. SOON???? I leave Thursday for LA via ABQ Wednesday. Home from various stops late Thursday the 12 th. I will be here all day today except for walking dogs at some point. Mon/Tuesday have a lot of flexibility. Let me know!

Don’t know if you’ve heard, but Seamus and I separated this summer. Recent revelations make divorce an inevitability unless he can allow God to work a miracle, which seems sadly unlikely. .. and even then, my own miracle work of reclaiming my own soul and heart and energy to focus on my particular embodiment of your beautifully – expressed dilemma and attendant questions may make reconciliation unhealthy and, most importantly, not God’s will.

With gratitude and prayers, Jan

Oh, Jan, my prayers are definitely with you! I will email you about connecting…and I’m glad that my blog resonated with you!