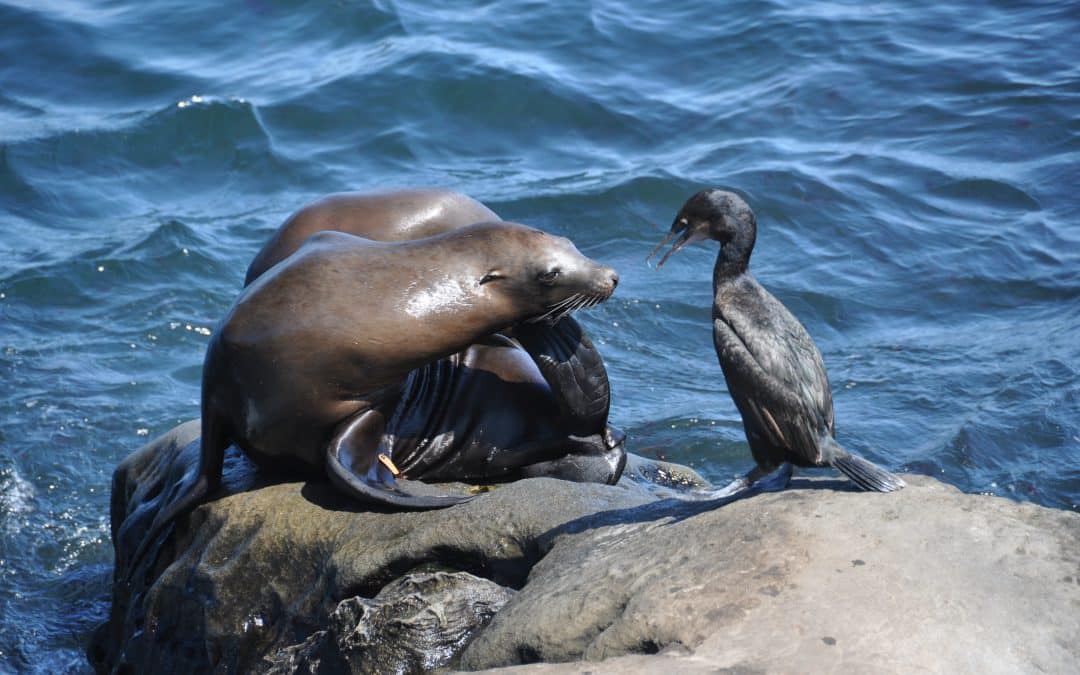 While in San Diego, Henry and I spent an enjoyable morning photographing the wildlife in Point Loma. This image in particular has stuck with me—how these two very different creatures are able to coexist on the same stretch of rocks. In fact, entire communities of seals and cormorants, along with pelicans and seagulls, clearly return to the same rocks, day after day (the smell will tell you that if nothing else does!).

But they appear to do more than coexist; it might be my imagination, but I can easily see these two engaged in a conversation of sorts. Perhaps they do not understand each other’s language, but at some level there is acknowledgment and acceptance of the other. They have some major things in common after all; both fish for their food, and bask in the sun to warm up and dry off once their bellies are full.

We humans also have some important things in common, but in the rush to the top (whatever that might mean for each of us) we tend to forget how much we share. There are species-level urges, such as the need for food and shelter, to reproduce, and to raise our children to adulthood. There are social norms which we hold in common, ranging from the rules of the road to our intricate economic exchanges. There are also those ways of being together that each family and social group has created to help build cohesiveness, including the types of food we cook and the sports teams we follow.

And then there is our faith—an element that sometimes brings us together, but at other times tears us apart. Like our very basic needs for food and shelter, we need the divine—at a deep, primal level which appears to be coded into our very DNA. While our individual expressions of that desire for the divine often vary widely—and at their worst, come in overt conflict with each other—we all hold that desire in common, and when we can live together, different though we may be, our world is a fuller, richer place.