Last week I began talking about a series of four lessons from the Biblical story of Jonah that are applicable in our lives today. Those four things are:

Today I want to talk about paying attention. This past week I started an online class called The Conscious Booksmith, and part of what has come up for me in working through the exercises and conversing in the very active online group has been my ongoing struggle with determining my priorities and figuring out what I am called to be doing at this time in my life. In response to one of my relatively agonized queries about this, our leader suggested that I “find a quiet space to sit still and LISTEN to what your body is telling you.” 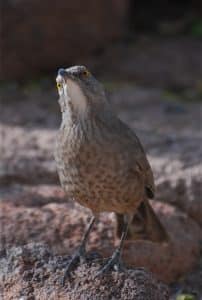 Ah, yes. Paying attention. Making the time to get still in prayer and really listen. I’m beginning to sense a theme in my life here! So often I—and so many of us—just don’t slow down enough to pay attention. So, a few days ago, when I finished one segment of work for a client, I just took the time (as much to give my back a break as anything else), lay on the floor of my office, and just felt my body being pulled toward the rug by gravity.

When Jonah ran away from God’s call, he got on a boat that was headed out into the ocean. He probably took the boat, and the ocean, for granted, and it wasn’t until the storm blew in that he began to really pay attention to his surroundings. The sailors, on the other hand, who were used to paying close attention to the behavior of the ocean, did not take it for granted. They recognized that this storm was unusual, and so they first cast lots (an ancient method of establishing an answer to a question) to determine the cause of the problem, then prayed for God’s forgiveness when they threw Jonah overboard, believing it was the only option left to them.