The past few days have been filled with sudden death in southwestern New Mexico. On Thursday there was a horrific crash and fire on the interstate, near the Arizona border, that was caused by the high winds and reduced visibility of a sandstorm and claimed seven victims. On Friday, a small plane crashed near our small, local airport, killing four people. 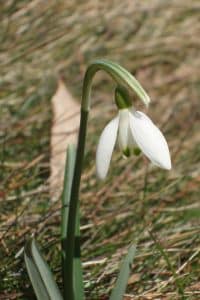 My prayers are with all of these victims, and their families, in these traumatic days, and the days and weeks ahead.

I imagine that none of those who were killed expected to die last week. I presume they had plans for the future, expectations about how their lives would unfold, and events they were looking forward to. Some of them, such as the airplane pilot and truck drivers, had left for work expecting to return home when their job was done, just as they had many times before. But this time, they did not.

Over the years I’ve read a number of books where the protagonist has a near brush with death and is forced to face the fragility and uncertainty of life. This usually leads to a declaration of love, or a reconciliation with estranged family members or friends. It seems that, no matter how long we live, we need regular reminders that we will not live forever.

I invite you to join me in prayer for the souls of those who have died this past week, and for the family members who no longer have a chance to declare their love or ask for forgiveness. And then I invite you to take this opportunity to recognize the preciousness of life. Is there someone with whom you need to reconcile, even if you have not stood at death’s doorway recently? Do you need to risk declaring your love—and the possibility of future pain, should death come visit someday—as it will, eventually, for all of us?

Chances are just as high that you will die in your bed, of old age, perhaps surrounded by loving children singing to you, as a clergy friend of mine experienced this past week. In this very different scenario of death, his mother had time to say her goodbyes, attend to any reconciliations, and depart with minimal unfinished business. That is a gift for all involved.

But we cannot guarantee which way we will go.